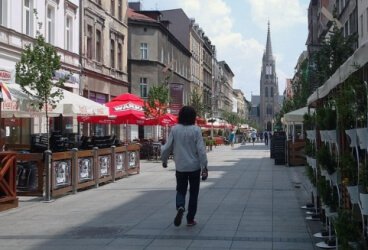 This is a street with a very lush, but not always glorious history. It was formely a field road between the loosely scattered peasant buildings. The situation began to change in 1852 ... 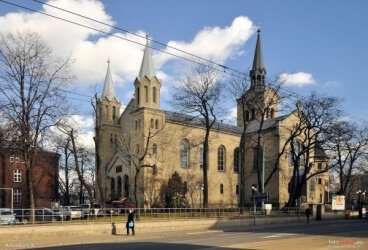 Starting from the hostel, and looking to the right, we see a huge block of St. Mary&#39;s Church, closing the street on the east side. The temple is built of clear dolomite of Silesia and until recently had walls as black as coal mined from the Silesian land. 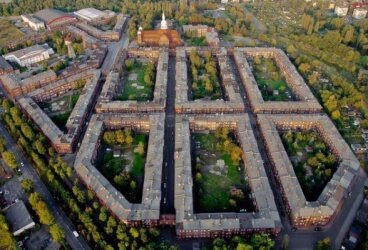 In front of us the brick building with slightly dirty walls appears. Compact construction, leading to the inside of the gate, reminiscent of a medieval castle. Please, step inside. 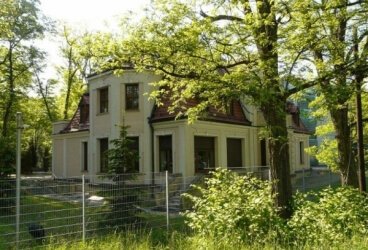 I must admit to make a mistake. What is the story about Giszowiec and Nikiszowiec without mentioning about Anton Uthemann? 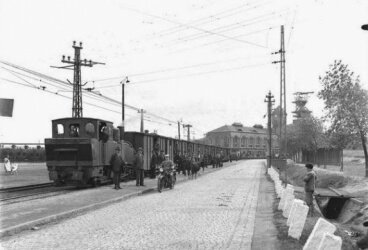 From a distance you can hear the rumble of wagons, hauled by a small electric locomotive. We get in and start the trip. None of us thinks about buying or validating a ticket. 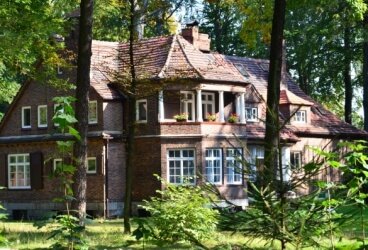 Do you remember Kazimierz Kutz&rsquo;s film&quot;The Beads of One Rosary&quot;, which is the closing of his film trilogy (&quot;Salt of the Black Earth&quot; and &quot;Pearl in the Crown&quot;)? Authentic moments of destruction of the old Giszowiec and the tragedy of the people who have lived there for generations are immortalized in it. 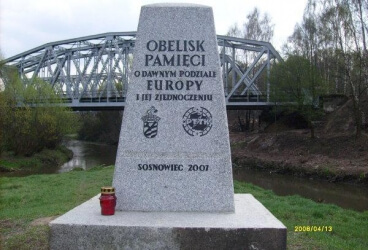 Apparently most of us has once heard the above-mentioned name. But, unfortunately, most of us does not know what it is and where it is. 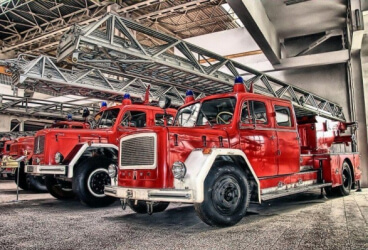 The Central Museum of Firefighting in Myslowice

We all know how it may be with dreams. We do rarely manage to realize them. For everyone of those people who were not be successful enough to fulfill their childhood dreams about becoming firefighters, we suggest a trip to the Central Museum of Firefighting in Myslowice. 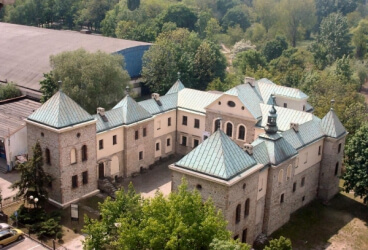 The current capital of Zagłębie Dąbrowskie (or Dąbrowa Basin). It became a city in 1902. Previously, it was a village called Sosnowice (the name derives from the pine trees overgrowing the entire area) with the population of 61 000 (!) residents. 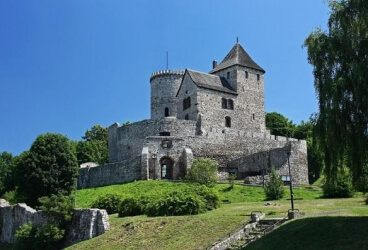 Casimir the Great built a stone castle on the place of the old wooden castle and in 1358 changed the existing settlement into the city on the Magdeburg Law. Over the years Bedzin was the historical capital of Zagłębie, before intensively developing Sosnowiec took its place 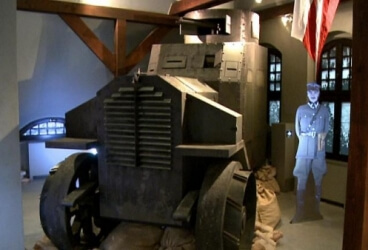 I realized that the night from 2 to 3 May is 95 anniversary of the outbreak of the Third Silesian Uprising. This is the most important of the three uprisings. It resulted in granting Poland a much larger part of Silesia than they originally planned 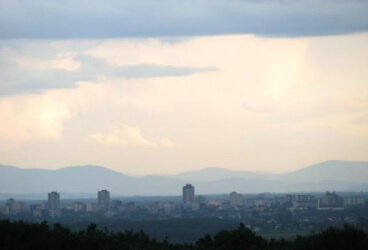 Around there is a forest with a beech reserve. But why? Such forests in the heart of industrial Silesia? Yes, it is. It is Murckowski Forest that is the former Duke Forest. You can find there specimen of beech trees of more than 300-year-old. 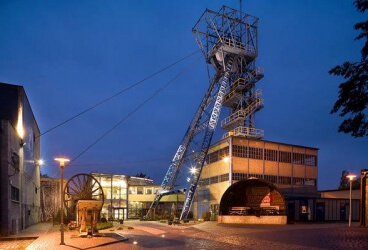 I assume that you are already in Silesia and if not you are about to come. Certainly, you will get the following association: Silesia = mining. 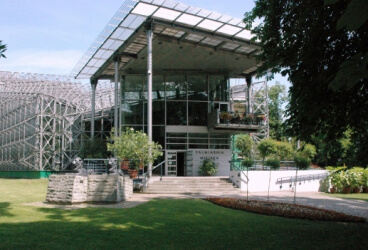 I wonder where to start the description of attractions in Gliwice. I do not know whether the Gliwice radio is the most beautiful attraction of the city - de gustibus non disputandum est - but it certainly is the most important place of Gliwice. 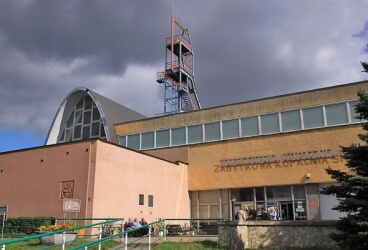 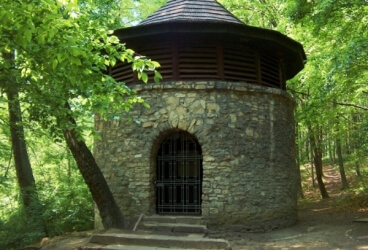 Did you rest well? Then, we head to Repty Park, in Tarnowskie Gory. Founded in the nineteenth century, nearly 500 hectare park is a great place for recreation and walks among lush greenery. 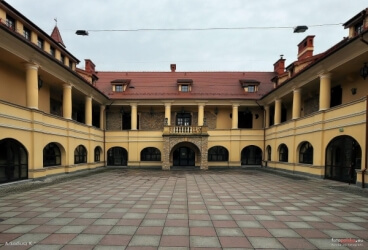 It is early morning of 20 August 1683. As always at dawn we can hear the sound of the Gwarek Tower. They slam the doors of houses and streets are filled with hooded figures heading in one direction 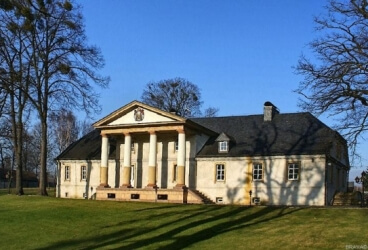 This time we cross Dworcowa Street and simply enter the park. We are surrounded by the space, big old trees, giving a nice deep shadow. Turning into the alley to the left, on the right side of the site of the former amphitheater we see skatepark and the young people raging there. 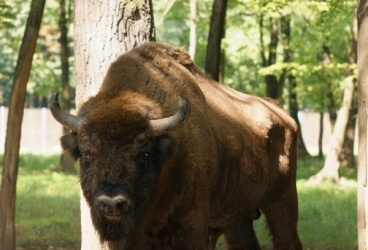 We buy a ticket and get on a fenced 10-acre section of the forest. Before we get to the bison corral, we meet a variety of other animals. Those which are not too dangerous, can walk freely among visitors. 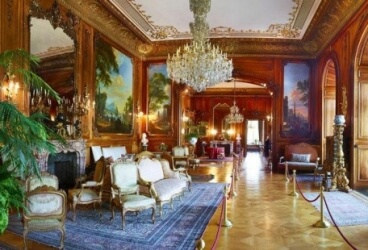 Palace and park in Pszczyna

It was the spring of 1892. Elegant carriages entering through the gates, leaving the guests in the vaulted hall of the palace. 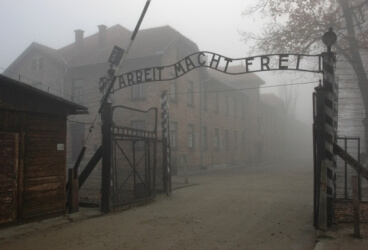 Something strange is happening. It seems that the sun suddenly lost its lustre, and the sky darkened rapidly. It is just our imagination that displays in the head two ominous names: KL Auschwitz - Birkenau. 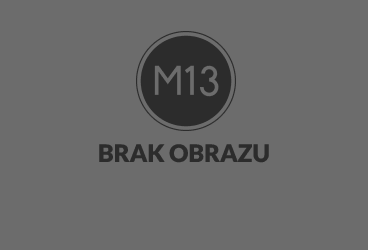 General association of Czestochowa is Jasna Góra! There is no doubt. Jasna Góra hill, basilica, a monastery and, of course, the miraculous image of the Black Madonna.

We use cookies for the following purposes: statistical and advert services. This help our website work better for you. By not blocking those files you agreed on using them on your device. Remember that you can change your settings at any time. More information you will find in our private policy.
Accept
more information